The is an excerpt from the book Boots: A Thousand Miles on Foot and on Life that will be published in the Fall. As I walked the 500 miles across Spain as a proud purist pilgrim carrying all of my belonging for six weeks in a backpack, I met three people who would challenge my view of money and what I “needed.”

Walking as a Purist (I thought)

With our minimalist packs, no cell service, and sisterhood bravery, my friends and I walked out of France as purists. Or, at least I thought we had.

We modified along the way by adding a sim card to a cell phone to have Internet service. Beds were scarce due to an unscheduled holy year. We needed to call ahead to pilgrim hotels to insure a place to sleep each night. But, I still thought of myself as a purist until I met my first pilgrim who traveled without any money and almost no belongings. I struggled to comprehend trusting the world so completely.

Three Other Types of Purist

I saw her in a village restaurant. She asked for food and walked out fed. Curious, I followed her out of the restaurant. Young and alone, she stood out from the other pilgrims because she didn’t have a pack, just a little bag with a string for a strap that she threw over one shoulder.

I called to her and she turned. “How do you get by with carrying so little?” I asked after our initial greeting.

She was friendly and smiled, “I don’t need very much.”

“But you have less than anybody I’ve met.” I had no idea where she was from. Maybe somewhere in Europe. She didn’t have a sleeping bag and maybe not even a change of clothes. Her bag was the size of a medium purse made from dark cloth.

“I ask for what I need, so I don’t carry very much, not even money. I don’t need money. I just ask and walk.”

I had more questions, but she had smiled, turned, and moved on.

Her bravery and willingness to ask for her needs to be met by strangers left me off balance. I couldn’t rearrange my own reality fast enough. I just witnessed how she managed to obtain food. Now, what I wanted to know was where she slept.

A few days later I found myself walking behind an older man dressed in all black. He shuffled, barely lifting his feet as he stepped. Behind him, a wagon rolled along effortlessly. He was tall with beefy shoulders that rounded towards the Earth. He mumbled to himself and kept his eyes cast downward.

This is what I imagined as a traditional purist. Neither my courage nor my social skills were strong enough to approach him. Watching him left me with a lot of answered questions.

Later, I met a man from Eastern Europe with a donkey carrying camping gear. He walked in the opposite direction from almost everyone else, starting at the Atlantic Ocean and walking toward France. I stopped to pet his donkey and visit. He also walked without cash reserves, making his way by asking for donations from anyone who petted his donkey. He seemed to have plenty of time, little concern for the number of miles he completed, or if people donated.

Now, this was something I could piece together. I could see how he got his money to buy food. I could imagine him finding a camping spot along the trail at night to set up camp. He traveled from eastern Europe, Romania, I think. Somehow having a mental image of approximately where on the Earth he lived before coming here helped me see that a person could leave home without money and walk across a country. I had decided he was a purist because he didn’t have money. Later, I wondered if he was just a very clever businessman. Maybe, he and his donkey were in cahoots in getting their camping trip paid for?

On the Camino, I encountered three purists. Each of them had a different view of money than I had. They had a level of trust in the world that couldn’t comprehend. To me, money meant security. To them, it seemed, no money meant freedom. Yikes! I’d have to sit with this for a few years.

Jamie is a coach, writer, and avid walker. She has walked over 1000 miles in foreign countries to explore cultures and to become more comfortable in the world. She has an MA in Psychology and is interested in how we create more brilliant lives through collaboration models, creative thought, and a better understanding of life transitions.

View all posts by Jamie Metz → 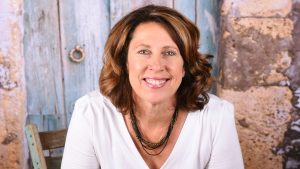